The  attempt to take the 2018 Guinnes Word record for the biggest Zumba class  was made by Zayaw Pilipinas led by its Founder and Creator Ron Antonio along with 100 selected ZINs all over the Philippines. The attempt was made  last May 19    timed during the Camarines Sur KAOGMA  festival.  The attempt was successful and   victory tours have commenced all over the Philippines. HartCamp Dance Stream master Teacher Joses Calusay was one of the 100 selected ZINs, hence the Victory Tour – Roxas leg is here. It’s your chance to join a celebration with  the title holder of the 2018 Biggest Zumba Class in the world

CONCEPTS In Facing Current Culture with the Gospel.

It’s not giving it your best if you’re just wishing it. Get yourself and your music team trained at HARTCAMP 2018 Music Steam.

“Our role in this evil world is INFILTRATION – not Isolation. We are to invade the world with the gospel. Jesus describes this in His Prayer in John 17: We are NOT of the world although we are IN THE WORLD. He asked the Father to not take us out of the world, but to protect us from the evil one, because He is sending us into the world!
We are doing it wrong, if we have been operating in the church according to the way of fear of contamination, therefore, separation.
How did Daniel survive and thrive while living in the most godless of all cultures -Babylon?”

CULTURE STREAMS  are a distinctive feature of a HArt Camp. A stream is composed of master classes for groups of participants according to t

heir chosen medium for creative arts or fields where they need to develop knowledge and skill.  HartCamp 2018  will feature 5 culture streams one of which is URBANIDAD. Urbanidad is a stream  designed for city pastors and leaders.

“Instead of retreating, isolating ourselves, and condemning unbelievers and our culture, Jesus calls us to something very different. He desires that we give ourselves to the understanding of the culture around us; he urges us to stop condemning the world and unbelievers; his passion is for us to listen to his prayer for us, that we might be in the world as he was in the world; he is eager for us to imitate him and to give our lives gladly to love and to serve non-Christians.” – by Jerram Barrs. 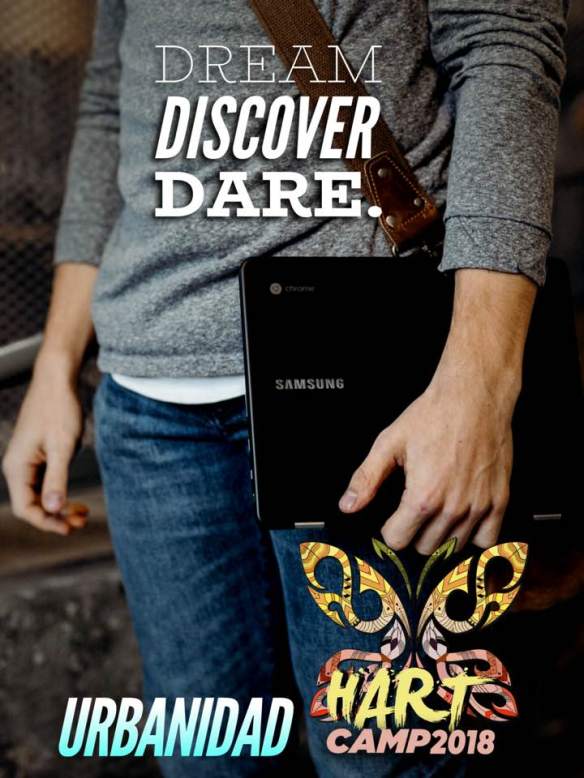 OUR INTEREST IS THE SPIRITUAL HEALTH AND KINGDOM WEALTH OF YOUR LOCAL CHURCH.

ion the cause of your local church.
🔘 It has been the culture-code of Destiny City Church/FARM: “Birth & Build!”
🔘 We are not competing with anyone – we are in the empowering business.
🔘 We have a vision to keep! Let’s DREAM-DISCOVER-DARE together!

Download and promote HARTCAMP2018 to your FB friends by making this your profile picture.

We will keep you posted with details!

Enjoy, be inspired, be blessed!

Thank you to everyone who made Hart Camp 2016 a great learning experience. Watch out for testimonies and official videos. Meanwhile check out FB Group Hart Camp Philippines

Be available for God to use you to call out other stars in your local communities to constellate – and together point people to the great Guiding Star – the Lord Jesus Christ! A stand alone star is barely noticeable in the sky. But a group of stars forming a constellation – everyone readily notices.

Registration today, Octber 24, 2016 at Robinsons Place, Roxas City 1-7 pm to get your Hart Camp 2016 Packet and Tshirt and sunnies for the Sunrise run. 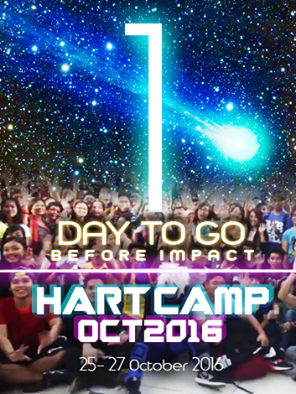 After completion of registration, delegates will receive their  Hart Camp 2016 T-Shirt to be used for the Sunrise Run. Freebies, courtesy of ePERFORMAX  include Hart Camp ballers and HartCamp Sunnies.

ePERFORMAX JOINS HART CAMP 2016 as one of our sponsors. ePERFORMAX is one of the first call centers in the Philippines passionate about performance and providing the best service to clients and customers. HartCamp ballers and Sunnies for the Sunrise Run are among the freebies for the campers provided by ePERFORMAX.

During registration on October 24, at Robinsosn Place- Roxas City, look for people wearing the  ePERFORMAX T-shirst. They are prepared to PERFORM their jobs to help you register and get ready for the exciting 3-day experience at HART CAMP 2016.

`Constellate’ – the gathering together of stars! HART CAMP 2016 Master teachers is indeed a gathering of STARS!

With the passion to serve those who serve, the Creative Team of Destiny City Church   are regular master teachers of HArt Camp.

Rey & Zeny Calusay
Rey and Zeny,  Lead Pastors of  Destiny City Church are master teachers for  URBANIDAD, the special stream for City pastors and leaders.   Both will also hold Master Classes relevant to Urban Ministry.  Even after 38 years of pastoring,   the couple has not stopped to be learners but  continue to be progressive and innovative in   doing the ministry. The church they pastor is   the home of Summer of Service (SOS), a church planting system that mobilizes ordinary believers and the birthplace of BEREAN School of Ministry for Church planters. Rey and Zeny are passionate in serving the Lord, and serving those who serve the Lord. It is that  passion to serve churches, pastors and leaders  which powered   us to pursue in pioneering  Hart  Camp.

Jireh Calusay
Jireh leads the Destiny City Church Music Team.  He is the  workshop master for the MUSIC STRERAM and master teacher in Music Production and Voice Projection. Jireh demonstrated giftedness in music  as early as six years old. He is very natural as drummer but he diligently and continuously study to develop his skills as drummer and keyboard player. As a computer programmer, he has incorporated the use of technology in his music. Jireh is also  DJ for the HartCamp NyxZoe event.

Jireh will be joined by several independent musicians from Zion School of Music,  Iloilo City in conducting the different Master Split Classes under the Music stream.

Joses Calusay
Joses is the Youth Pastor of Destiny City Church  and Alpha Leader at XAPHM. He is the Master Teacher for the STORYING STREAM.   He also teaches the master classes on Story Revolution, Laws and Letters and Events Organizing. Joses is also licensed as Zumba Instructor and is  ZIN member at Zumba Instructor Network (ZIN). Joses’ varied experience in the arts can be traced back to his elementary school years. Click this to know more about Joses: Resume.Joses

Don King Rongavilla
Don King is the  master teacher for DANCE STREAM  and Dance Hall Master Classes. He is   an International Street Dance Teacher, Break Dancer, Artistic Director, Dance Coach, and Actor on stage and film productions in Ireland. He began his performing career at the age of 16 at SOP GMA channel 7. He is originally from the Philippines, moved to Ireland as an OFW. He later decided to quit to his job to continue his career in performing and now he is a well-known and hugely respected dancer in Ireland. He was awarded as the choreographer of the year in Ireland 2011. Don has 2 TV commercials, 1 reality show, involved in TV soap series, and Hollywood and Bollywood films in Ireland and in UK. Don’s passion is to Dance and Act with vision to disciple individuals for Christ. 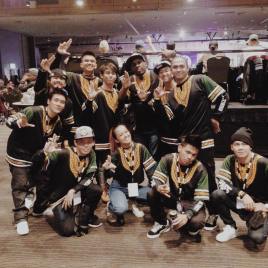 Iktus Band
The band will be live during the NyxZoe, the second night event of HArtCamp 2016. Check out their blog page for more about the band: http://iktusfan.blogspot.com/

Es and Maru
Es and Maru  are the master teachers for the VISUAL ARTS STREAM and master classes. Es Studied Architecture Technology at Technological University of the Philippines and a lead artist at Guild for Upholding and Harnessing Indispensable Talents – GUHIT Pinas. Maru  is a well known artist in Roxas City as Basic Cartooning (Manga style) Workshop Facilitator at Stages Dance and Arts Studio and Production Designer at Capiz Educational Theater Company (Tagdagat: Tagapangalaga ng Karagatan). 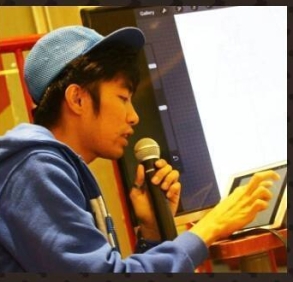 Clay Dalid
Clay is a resident of Roxas City and has joined this year the Visuals Team. Clay will be Master Teacher for Water Color painting.  She Trained in watercolor painting at Ayala Museum in 2000 and in oil painting, decorative arts under special tuturials with Ato Habulan, Eillen Escueta, Rody Herrera and Tagle from year 2000 up to 2003. From there, Clay had been on her own till now. Lately, she started hand painting with her designs on dresses, table table runners and bags. 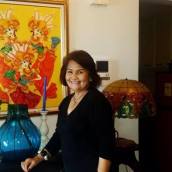 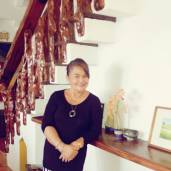 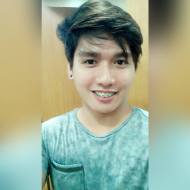 Jayr Manalo
Jayr is another new star to constelatte with  us for Hart Camp 2016, courtesy of  Asia Pacific Media Ministries. Jayr will be master teacher for Media Productions, a Master class under the Visuals main stream. 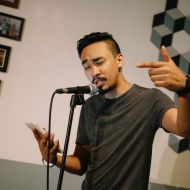 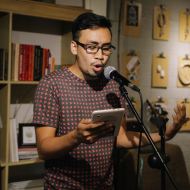 Rene and Robert Toledano
Rene and Robert are the eldest and the youngest  (respectively) of six brothers from a family of entertainers. Both have trained and  worked as 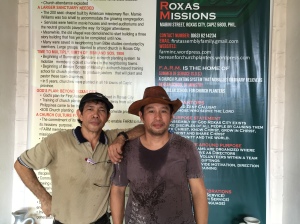 sound engineers in cruise ships and varied shows in USA. They have selflessly volunteered their skill for the HartCamp 2015 main stream  on Sound Reinforcement, a most needed skill in our local churches. Robert is back for Hart Camp 2016.

HART CAMP 2016 Kicks of with a fun run on the 25th, BUT delegates SHOULD COME on the 24th of October to officially register and get their Hart Camp Packet. October 24 is more than a registration day. It’s immersion into an urban culture  as you chill at a cafe or restaurant of your choice. There shall be showcase exhibits.